Fermilab is hosting the Simplicity II Theory Workshop in conjunction with Princeton University (Simplicity I, 2014) and the Perimeter Institute (TBA Simplicity III, 2018).  We expect significant new physics announcements this summer in both theoretical particle and astroparticle physics, such as possible new states in the LHC data, the observation of gravitational radiation, and other developments.  Various topics at the energy and cosmic frontiers will be tackled theoretically in an eclectic, open and stimulating, and cross-disciplinary fashion. 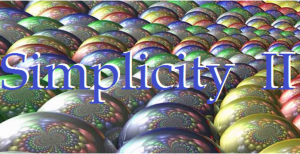